By a wind so indifferent

It doesn’t seem to care

That the bag was once useful

A thing of value

Something that made someone

Want to take care of it

Because that bag held

Until that bag stopped

And it needed to be ditched

Maybe someone even tried

But their aim was bad

So the bag landed

In the wrong bin

And it ended up

That’s when the wind

Caught hold of it

Gulls peck at it

Debris pokes at it

It loses bits of itself

For no good reason

Stretched till its torn

In all the wrong places

Is this why bags are made?

Molested by the wind

And battered by the rain

By a strange man

Sometimes, I wonder if

The bag is staring back

Writing these words about me.

Posted by Anikulapo at 12:53 No comments: 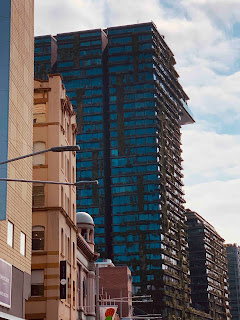 Posted by Anikulapo at 08:23 No comments: 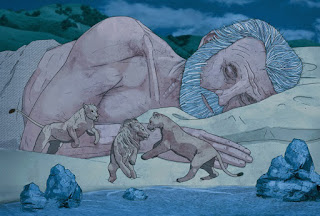 I’ve never seen lions play on the beaches of Africa
Drenched in the oxblood dusk-light of the virgin savannah
But I’ve been to places no other person has
Overdosed on memories with an intoxicating everlast
Still have dreams beyond the wildest of human dreams.

I heard time in a piano
Tune into my neural network
Computing the answer to the meaning of life, the universe and everything
42 billion light years away from the edge of the Milky Way
Chocolate in my mouth, sweetness in my heart.

I sat on superstar Orion’s shoulder
Drank in hyperchromic supernovas from the Big Dipper
Felt the tragic stings of Scorpius’ tales
Ran Boötes ragged, as I constantly mispronounced her name
Swam through the unknown universe with playful Delphinus.

I broke into the 5th dimension and got arrested
By a malaise with no name
No time, no space
No me, no point
Just being.

I climbed the stairway to heaven
Sinking in dopamine
Weightless as a young heart in love
Heavy with regret that happy moments can be lived only once
These paradoxes of life are never resolved.

I’ve seen it all and never left
This old, cold chair in old, cold London.

Posted by Anikulapo at 10:53 No comments:

These Monsters of Mine

These Monsters Of Mine
I have these monsters
With shadowy shark eyes
With large lion fangs
With black bat wings
They circle me like raptors circle prey
They bark but never bite
They swoop but never strike
Leaving me contemplating extreme escapes like
Sleeping and never waking
Or shedding my skin and leaving myself behind.

Like scavengers, they lie
Waiting
For my will to tire
Waiting
For my drugs to expire
Waiting
For my angels to retire
They land (I see their silhouettes loom in the corner of my eye)
They creep (I feel their footsteps tingle up my spine)
They growl (I hear their sonic boom bounce around my skull)

I stopped calling them monsters
They stopped circling me like raptors
We played catch, like happy black dogs.
Sometimes, their faces catch me by surprise
And I remember that they look like monsters
And I get scared all over again
But it never lasts long
Because now I know these monsters of mine
Are just like me—
Not good, not bad
Just a cosmic accident, seeking an explanation for itself.

Time travel is easy... (What we need is a machine that helps us stay put) 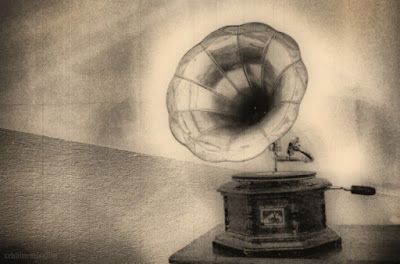 Mint Royale's getting airtime, sending
Mint air
Waves through the radio
And the smell of halcyon years cuts through
The air
Like mint through 3650 sleeps’ worth of
Bad breath.
It’s almost like I’m back when...
It's my favourite song
Back when...
I'm with my favourite peeps
Back when...
I am my favourite self.
For a moment
My favourite moment
Lasts forever –
I’m still in love
With everything and everyone.
Always have been. Always will be.
Always has-beens
It’s always back then...
Even the rainy days come back singing
Nostalgia-drenched.
Saudade.
I even saw dad
But he's too far back in time to see me…
I guess it’s kind
Of a one-dimensional trip (and I’m kind
Of an addict)

The present drops 50 Cent
In the jukebox
And I'm back
In the now
Looking for tips on how to make
Favourite moments
Of the hours I have today.

Slow Down… No One Arrives Late (or “People on the Underground”) Slow Down… No One Arrives Late (or “People on the Underground”)

I'll never get it.
Why are people on the London Underground
In such a rush to cram into
A hot, smelly train?
Trying to
Zone out in the baking bowels of Zone 1
Camping out next to a homeless
Man’s visibly hairy pits.
Is 3 minutes too long to spend
Waiting for the next train
Not being agitated and not being
In a hurry to arrive at death?
That's where we're going after
All (your chances of getting there earlier
Increase while you ride on
The Underground)

Maybe I do get it.
Maybe they're excited about dying. Maybe they can’t
Wait to hop on and dream about the sweet

But everyone gets their turn
At death – it's not like we're gonna run
out (of time,
maybe. But not out of death)

Maybe if people on the Underground were to chill out a bit, they’d find life
Becomes so sweet that there’s no hurry for that sweet

Posted by Anikulapo at 12:30 No comments:

It's OK To Be Sensitive

Hey there,
People will tell you it’s not OK
To be sensitive
But, it is.
“Stop being so sensitive...”
They’ll tell you
To be like them.
To be so cool that you’re frozen
Numb
To the rocks and insults
Hurled at you.
Cold, hard and dead to the
Metal in your back. Full of
Cold, hard and dead
Mettle in your heart. Full of
Cold, hard and dead
Medals on your neck.
Roll around lifeless
As a stone.
Stroll around like the
Cock of the walk.
Feelings are for wimps and
Wimps are wimpy
(Don’t you know?)
But they forget to tell you
There’s no anaesthetic for only pain
When feeling goes away
It goes altogether—
You won’t feel the stab
But you won't feel the kisses either.
You’ll still bleed
But won't remember
How to cry about it.
It’s OK to be a mountain
Of a human
(Huge, magnificent and impossible to move)
If you’re actually made of stone.
But I’m not.
Are you?
Posted by Anikulapo at 02:10 No comments:

Pageviews from the past week